68309 Mannheim: On the former largest barracks site of the US Armed Forces in Germany, the so-called "Benjamin Franklin Village", five largely mixed-use neighbourhoods have been developed since 2012 on an area of 94 ha. Residential buildings for around 9,300 people (4100 units) and around 2,000 jobs are to be built. Furthermore, a park of 50 hectares will be realized. Existing buildings will be used, energetically renovated and modernized in line with the times, but also many new buildings will be constructed. December 2017 the first residents have moved in, in December 2019 already exceeded the 1000 residents. Completion: 2025 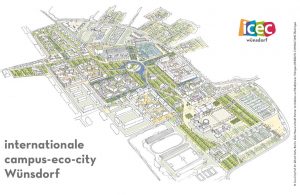 Concept of an ecological model and future city for the 21st century. Since 2017, a team of pioneers of ecological urban planning around Prof. Dr. Ekhart Hahn has been developing a new Campus Eco-City to be built at the Wünsdorf site near Zossen (approx. 40 km from Berlin). The former "forbidden" town of Wünsdorf with a total area of 600 ha offers ideal conditions for the realisation of this vision, which is to be realised on approx. 100 ha. Completion: ~2030 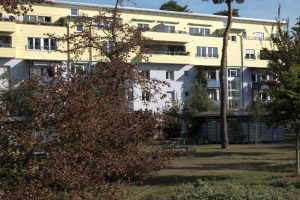 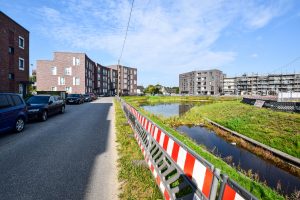 22045 Hamburg-JenfeldHAMBURG WATER Cycle®, an urban quarter with 835 residential units, 630 of them in new buildings, and commercial space for around 2000 residents is being built on 35 ha of the former Lettow-Vorbeck barracks. Project costs: approx. 250 million euros. The most far-reaching project of a decentralised water supply and disposal system currently in Europe: vacuum toilets, biogas production and waste water separation (HAMBURG WATER Cycle®). The biogas produced will be used to generate heat and electricity for the new district in a climate-neutral manner in the district's own combined heat and power plant. The project will thus enable climate-neutral living and sustainable drainage. 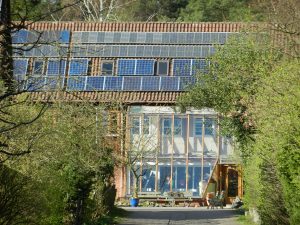 31595 Steyerberg: the Lebensgarten Steyerberg e. V. is a settlement community with 62 terraced houses, which was founded in 1984 and which is characterized by the spiritual Findhorn Community in Scotland. The settlement community is united by the desire to live in harmony with each other and with the surrounding nature. Not far from Hanover, it was an Expo 2000 project. 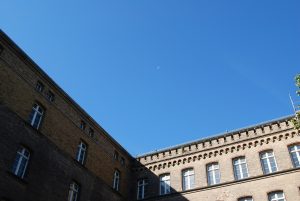 53115 Bonn: in Bonn's Südstadt, surrounded by residential buildingsThe historic buildings of the former Ermekeil barracks are located in the centre of the town, along with shops, cafés and restaurants. Size: 2 ½ hectares of land, 643 residential units in various forms of housing (design by the Reicher Haase office from Dortmund). The design envisages residential projects, joint building ventures and residential communities. The building structure and sequence of squares in the quarter is somewhat reminiscent of Florence. Start of construction: approx. 2021 at the earliest 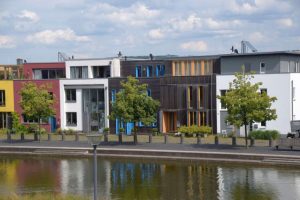 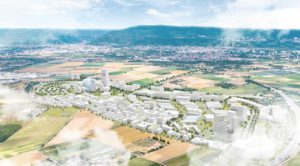 69124 Heidelberg: Under the motto Knowledge creates the city the IBA Heidelberg will take place from 2012 to 2022. One of the key projects of the IBA and its largest urban development project of international significance is the Patrick Henry Village (PHV) where once 8,000 Americans lived. An urban development vision is currently being developed for the conversion project, which covers an area of 92.7 ha, under the leadership of urban planner Kees Christiaanse (KCAP) from Zurich. The preliminary city-wide plans envisage apartments for around 10,000 residents (approx. 4,200 residential units), as well as buildings with space for approx. 5,000 workplaces. Completion: ~2030

72072 Tübingen: District development in the French Quarter for 2,500 residents. Around 150 businesses with around 700 jobs have been established. Leisure, shopping and service facilities are planned in the quarter itself or are partly available in the immediate vicinity of the quarter. This is a conversion area with former barracks of the French Army; conversion of the massive barracks buildings, which are worth preserving, to multi-storey housing or redensification on vacant, cleared areas. Completion: 2012 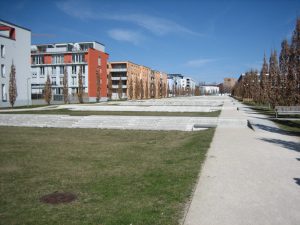 73760 Ostfildern: Former barracks site. The settlement is designed for 8,000 inhabitants and 2,000 jobs, on 140 hectares. The connecting link and landmark is the "landscape staircase", which is a good kilometre long and 30 metres wide and slopes gently down to the south. The development of energy-efficient buildings and the use of regenerative energies was financially supported with funds from the EU research project POLYCITY (funding period 2005-2010). The complete investment volume of the project with a floor area of 480,700 m² amounts to 1.5 billion euros. German Urban Development Award 2006. 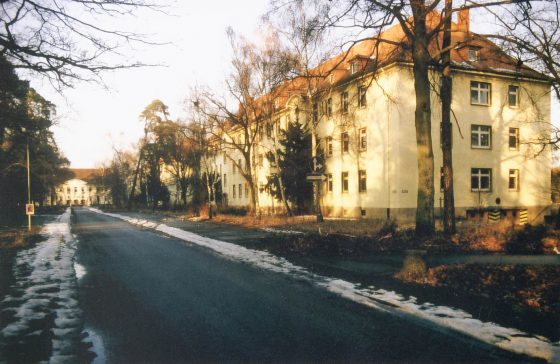 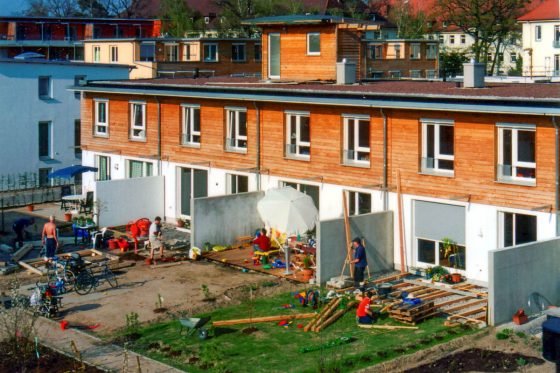 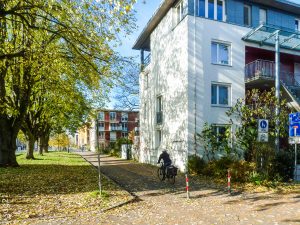 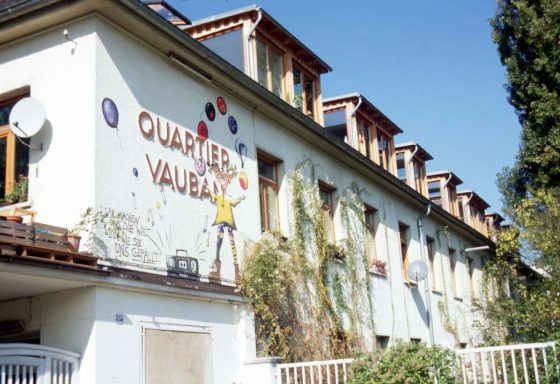 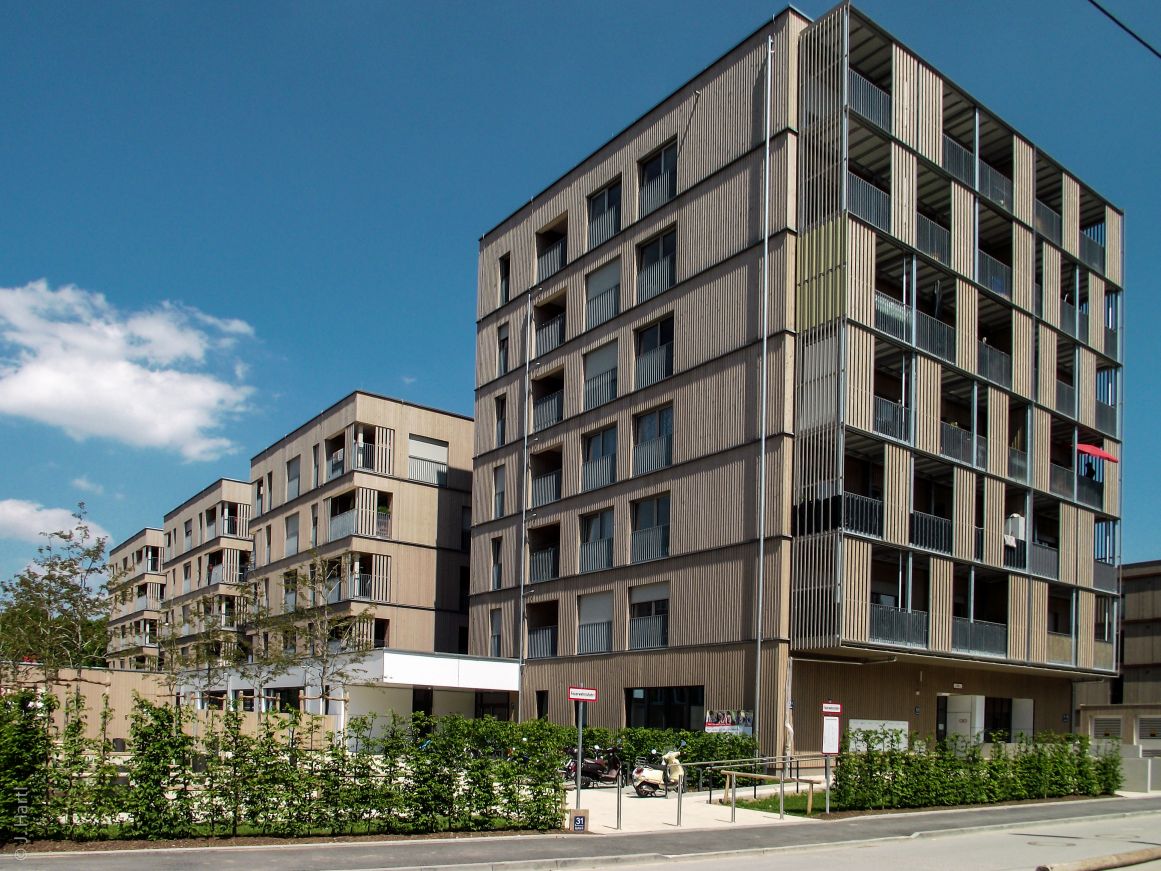 81927 Munich: Germany's largest contiguous timber housing estate with 566 apartments in timber or timber hybrid construction has been built in the Oberföhring district. Different building types up to 7-storey houses were built in timber construction. The approx. 30-hectare site of the former Prinz Eugen barracks is located in district 13 - Bogenhausen. The apartments were realized by building communities, cooperatives, municipal and independent developers, allowing a wide range of offers for a wide variety of housing needs: for rent and ownership, in different building types, for all household sizes and income groups and alternative forms of housing. Completion: 2020 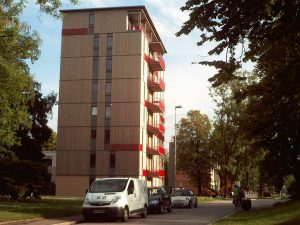 83043 Bad Aibling: The "H8" building is the first eight-story wooden high-rise in Germany. It was built in 2011 in the Upper Bavarian town of Bad Aibling. Together with the building E3 in Berlin, it is currently one of the tallest wooden buildings in Germany. 9 WEs and offices. Usable area: 803 m2, Architect: Architekturbüro Schankula. Client: B&O Wohnungswirtschaft, the building is located in a zero-energy quarter, completion: 2011

91052 Erlangen: On a former military site of the US Army, a district close to the city centre for approx. 5,000 residents is being developed on 136 ha. In addition to areas for Business and housing, the University of Nuremberg-Erlangen was expanded on this site. A district park linked to a nature reserve completes the mix of uses from living, working, learning and leisure. Completion: 2014

97074 Würzburg: CO2-neutral conversion area for 4,500 inhabitants (approx. 1,800 residential units) on 95 ha, approx. 5.7 ha for commercial uses. Seven individual quarters. In 2018, the state horticultural show will be held on the site. The development measure is to be completed by 2024.